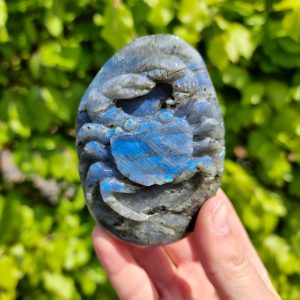 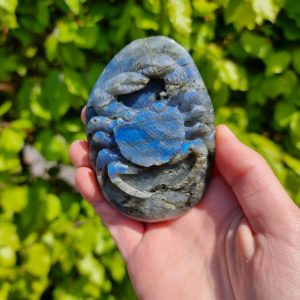 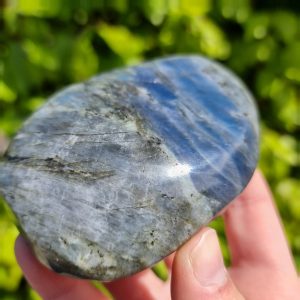 Gorgeous crab carving of labradorite. With intense blue flash! You will get the exact piece as shown in the pictures. 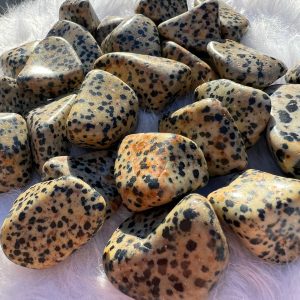 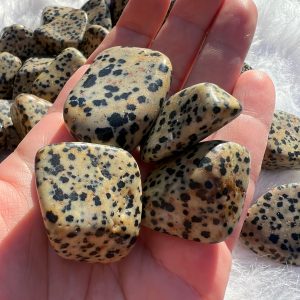 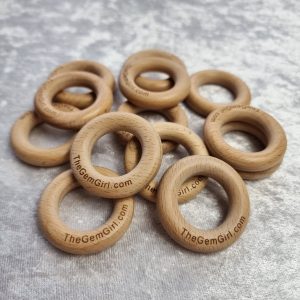 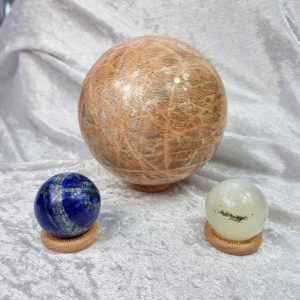 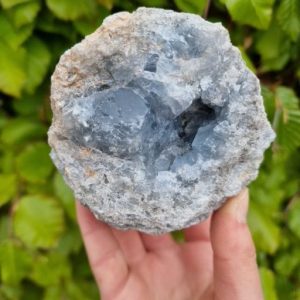 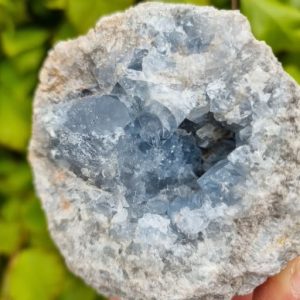 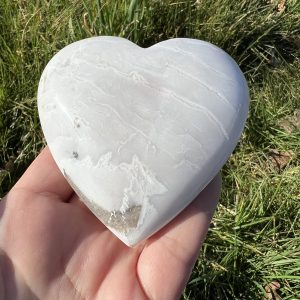 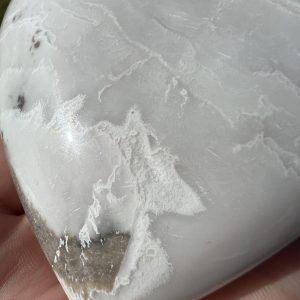 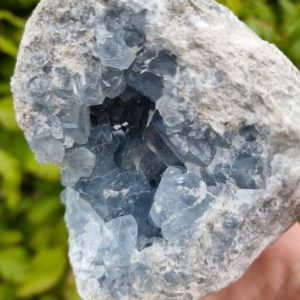 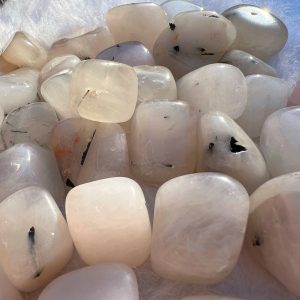 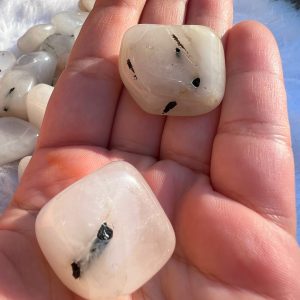 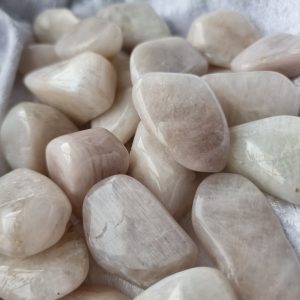 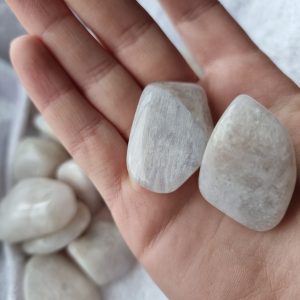 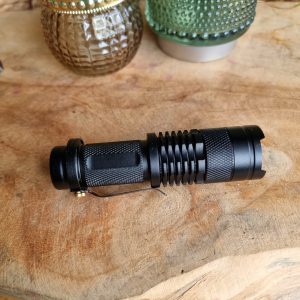