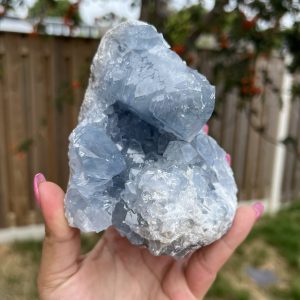 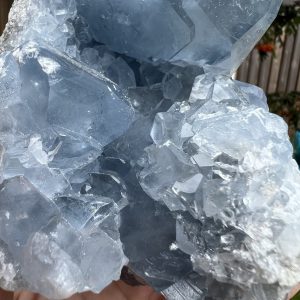 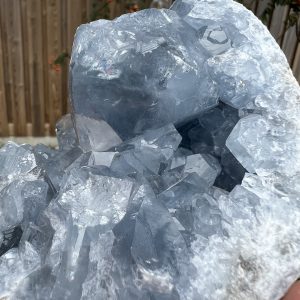 Beautiful celestite cluster  with lots of big blue crystals. This piece can stand on its own. You will receive the exact piece as shown in the pictures. 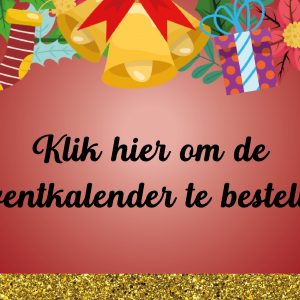